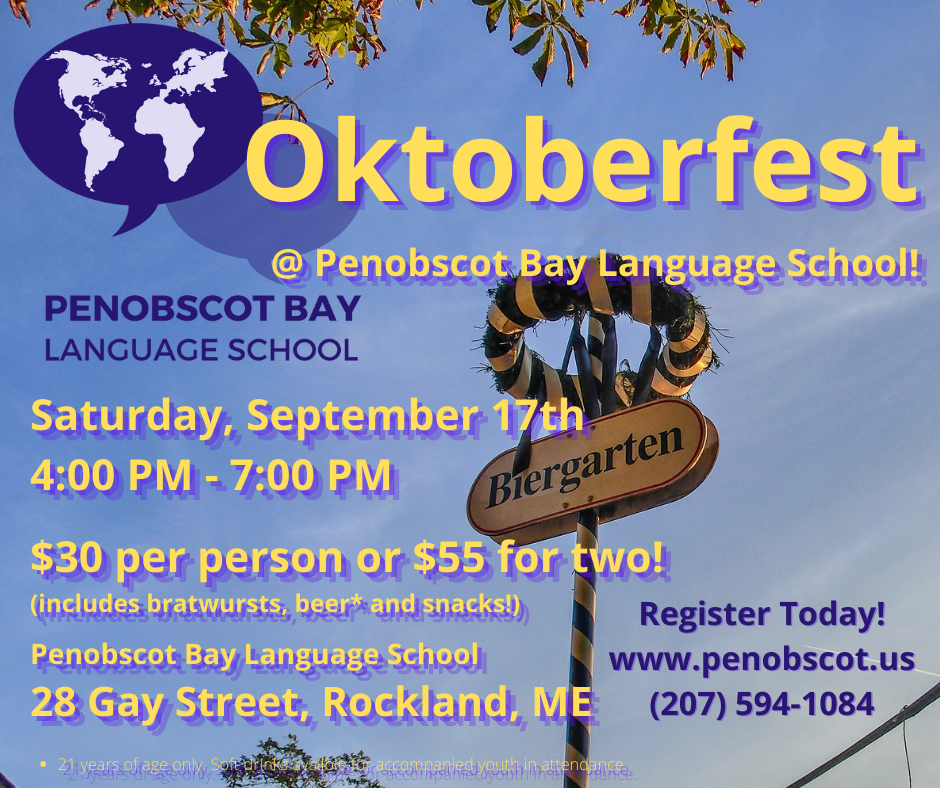 Join us September 17th as we kick off the first day of Oktoberfest 2022 with a traditional biergarten and lots of german snacks and treats!

$30 per participant or $55 for two, includes beer, bratwurst and snacks!

Oktoberfest, an annual festival in Munich, Germany, held over a two-week period and ending on the first Sunday in October. The festival originated on October 12, 1810, in celebration of the marriage of the crown prince of Bavaria, who later became King Louis I, to Princess Therese von Sachsen-Hildburghausen.

By the late 20th century this event had grown into what it looks like today with large beer halls, parades, games, amusement rides, music, and dancing. Oktoberfest draws more than six million people each year from all over the world.

Don’t forget to check out our Fall German Language Classes!